Monsoon is magical with its rhythmic pitter-patter on the roof, dancing rain outside the window, occasional bolts piercing a rumbling gray sky, and aroma of sizzling chai mingled with the earthy smell of petrichor lingering in the air. Monsoon adventures are incomplete without a glass of ‘cutting chai,’ Mumbai’s famed half-cup tea, to soak it all in!

[Years ago, I believed that tea and the word chai were only indigenous to India, like with saffron and chillies. This was proved to me by the brightly dressed Indian women plucking tea on tea boxes as well as by how much tea was loved by every Indian I met. Chai seemed to be in charge of everything. When you sip chai, you are consuming a brew steeped in history, tradition and hospitality that dates back thousands of years to ancient India.] 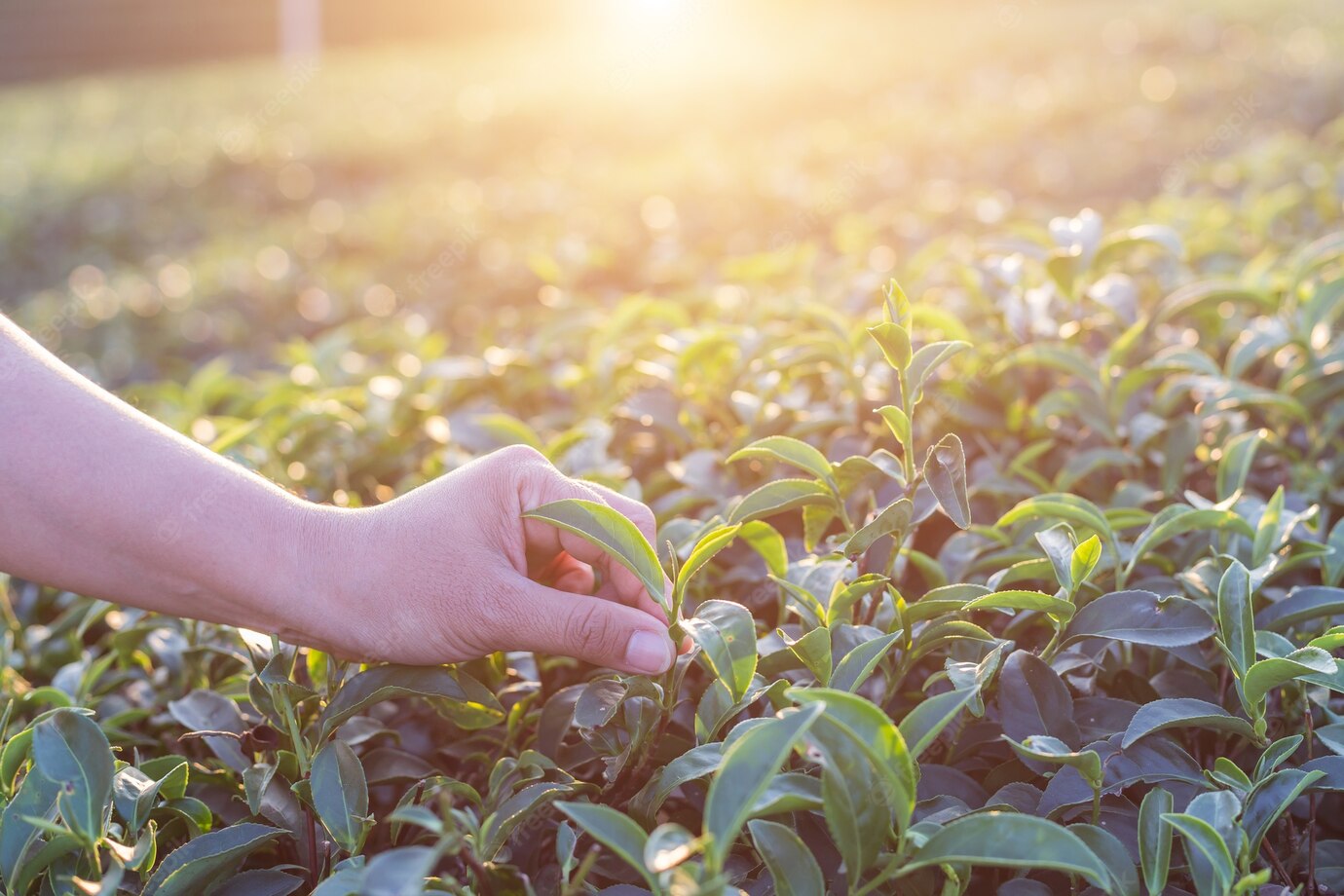 India, the second-largest tea grower in the world, is renowned for chai, a milk-infused, sweet-spicy beverage that has become incredibly famous throughout the years. Read on to know how this popular beverage came to be.

Its root is the Mandarin word chá. Folklore has it that a king ordered the production of chai as an Ayurvedic therapeutic beverage about 5,000 years ago. Other chai origin myths contend that the British brought tea to India after establishing plantations in northeastern India to avoid the expensive Chinese tea. According to legends, tea was gifted to factory owners (who subsequently distributed it to their workers), instilling a love and addiction for the beverage.

The history of chai is filled with folklore and conflicting information, just like any great history. However, it appears that this revitalizing beverage was first created as a healing concoction, prepared with herbs and spices that were good for the body. In actuality, the earliest forms of “chai” didn't even include tea leaves, and flavors varied with the seasons and what was in season.

Chai’s power extends beyond its fascinating history and warming flavors. It is a tool for connecting strangers, a channel for gossip, and a cultural pleasure. The most crucial ingredient in Indian hospitality is chai. Young and old, rich and poor, use it to greet guests, rejoice, mourn, wake up, go to bed, or whenever a desire for the spiced sweet brew arises. And if you want to stop abusing coffee, Chai is a great option. You’ll still get a fix while avoiding the nauseating cycle of caffeine shock and crash because chai has a caffeine ratio of 3:1, 5:1, or 6:1 with stronger brews.

Then there’s the preparation technique, which genuinely defines the quality of the brew. Roadside stalls are a great spot to observe the technique of thickening the chai to the perfect consistency and boiling it long enough for the flavors to truly steep. [Whenever I’ve sipped English tea at cafés, canteens, and restaurants, I’ve always had the impression that something is missing—that the tea hasn’t had enough time to brew, that the business is being pushed to use its milk sparingly, or that the entire preparation process may have been hastily hurried.] 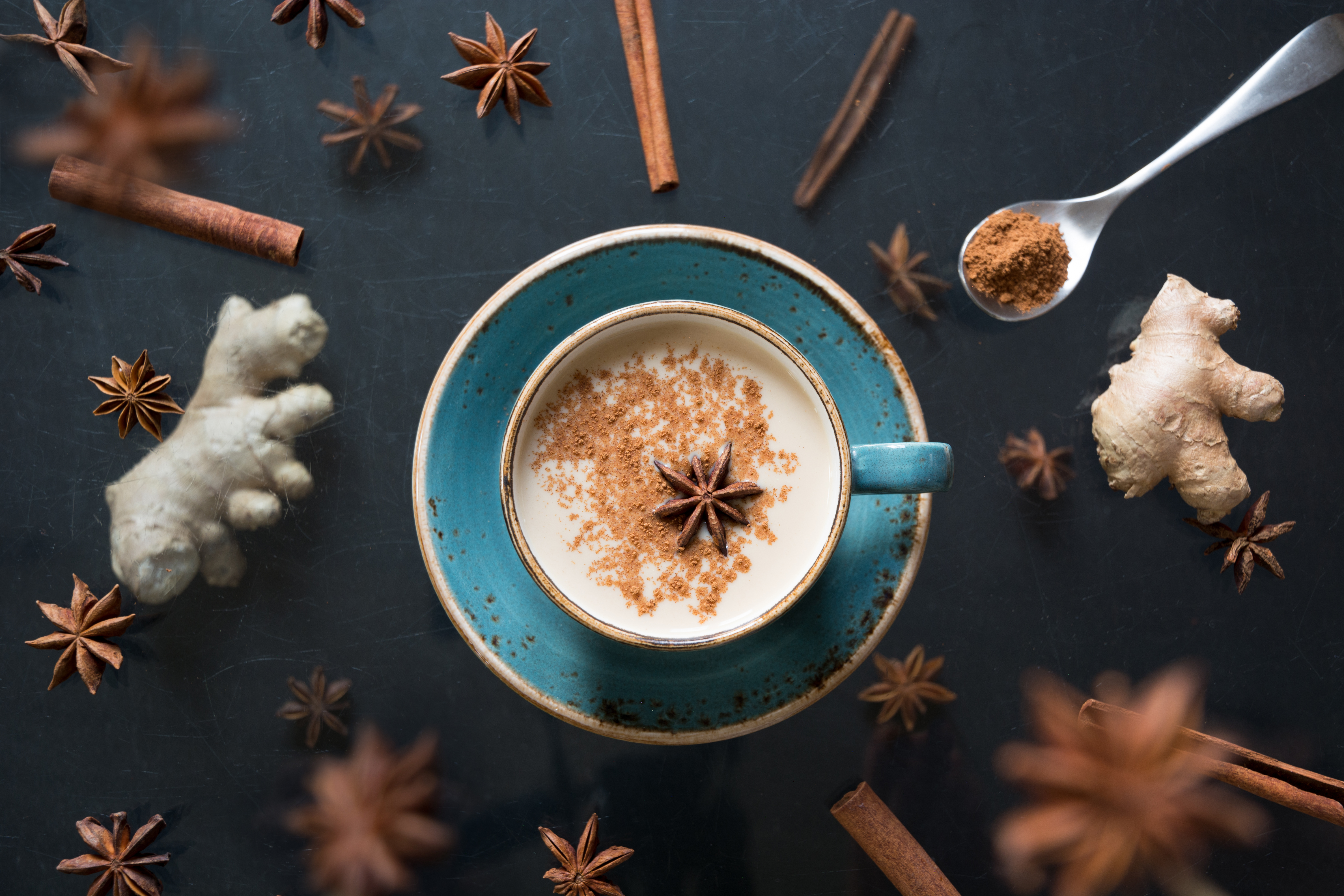 India is a big country with distinct cultural identities, and this is apparent in how people prepare, serve, and consume chai. Chai in northern India closely resembles the taste and texture most outsiders associate with Indian tea. With undertones of cinnamon, pepper, cardamom and ginger, it is creamy, sweet and spicy. Chai is famous throughout eastern India for being served in clay cups. The clay imparts an earthy flavor that complements the spicy undertones. In southern India, tea is served with a creamy froth formed by vigorously pouring the chai between glasses. Irani chai is a renowned alternative to these two. There are numerous Irani cafes dotted around Indian streets serving this strong and creamy chai, which is prepared with traditional Iranian tea. Although the number of traditional Irani cafes has declined, they remain popular in Hyderabad. 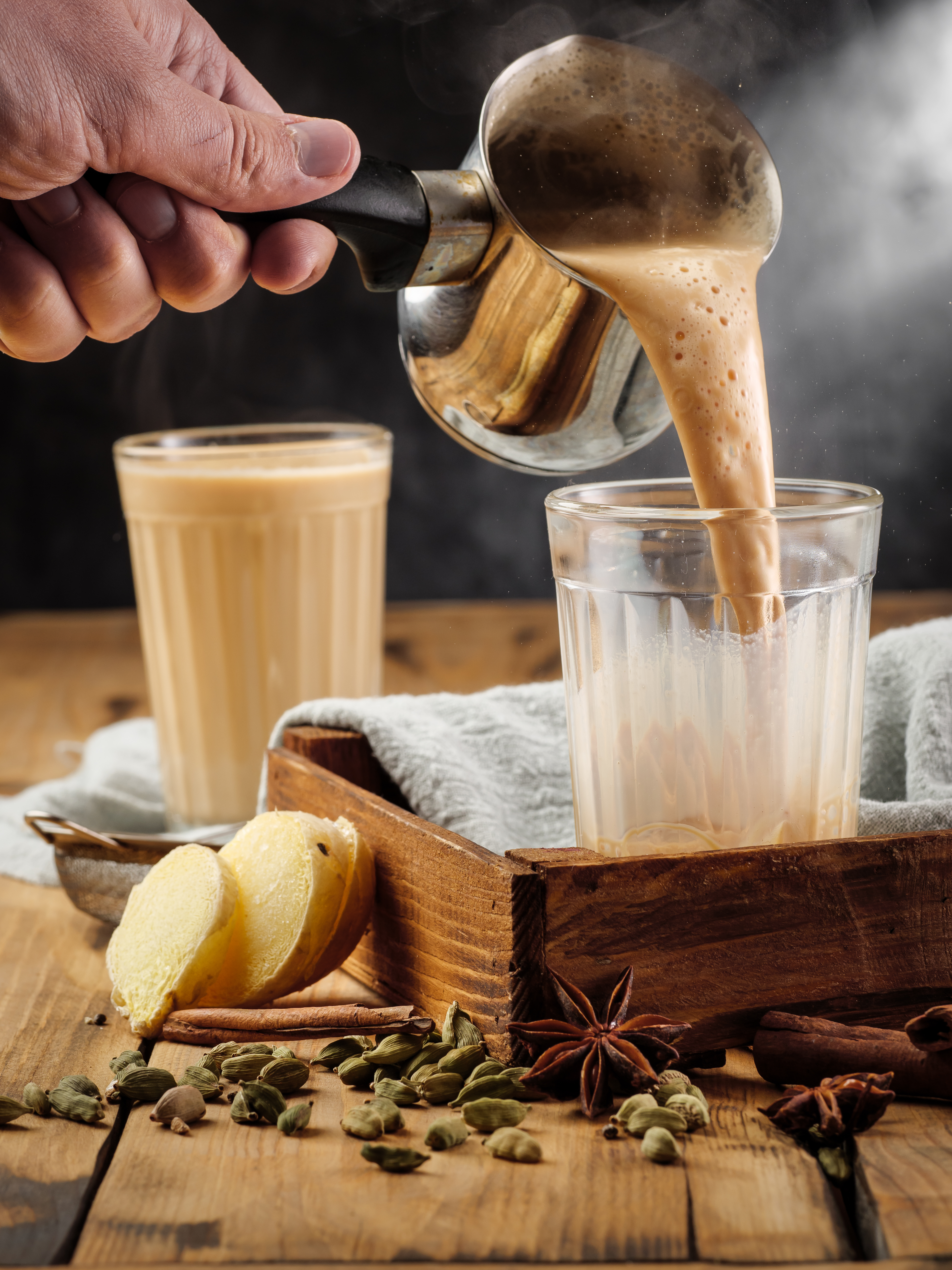 Three components: tea, milk, and spices make up an authentic cup of chai. The most widely consumed tea is Assam, which has a robust and full-bodied flavor. Any type of milk can be used, but whole milk is said to enhance the flavor the most. There are many different spice combinations that can be used to make chai, but the most popular ones are cardamom, ginger, star anise, clove, and cinnamon—occasionally with a dash of black pepper, coriander, nutmeg, and fennel.

Chai may seem intimidating, but it’s surprisingly easy. Use the above recipe to make a warm cup, or use a masala chai tea bag as a workaround. Enjoy in either case. The best way is to buy fresh from the bulk section of our teas. So the next time you’re yearning for something new and yet familiar, enjoy a cup of chai in the name of coziness, weather, and for the love of chai.