Know Your Lentils: All You Need To Know About Dal Dal is described as the unifier of all Indian cuisines, and that’s absolutely correct. Every state in the country has its version of dal and its way of preparing it. To most people, it’s comfort food, especially for Indians living abroad. Even though we see and cook many creative recipes in our daily routine, we come back to the humble “dal chawal” towards the end of it. Having said that, many don’t know the difference between the dals and what they are used for.

Ever wondered, which type of lentil or pulses go into making the delicious Yellow Dal Tadka you eat at restaurants? The answer isn’t straightforward. It could be moong, arhar, chana, or masoor! And did you know that Moong dal itself has 3 variants - whole green gram, split green gram, split, and skinned green gram?

Dal is the generic word used to refer to uncooked lentils. It refers to the cooked lentil or lentil curry as well. So, one needs dal to cook dal! Lentils like masoor, moong, arhar, and the like are all a part of the pulses family. Pulses also include chickpeas, dried peas, and dried beans like red kidney beans (rajma), black-eyed peas, and others. All pulses are legumes, but all legumes are not pulses.

So let’s break it down and learn about the different dals available in the market. 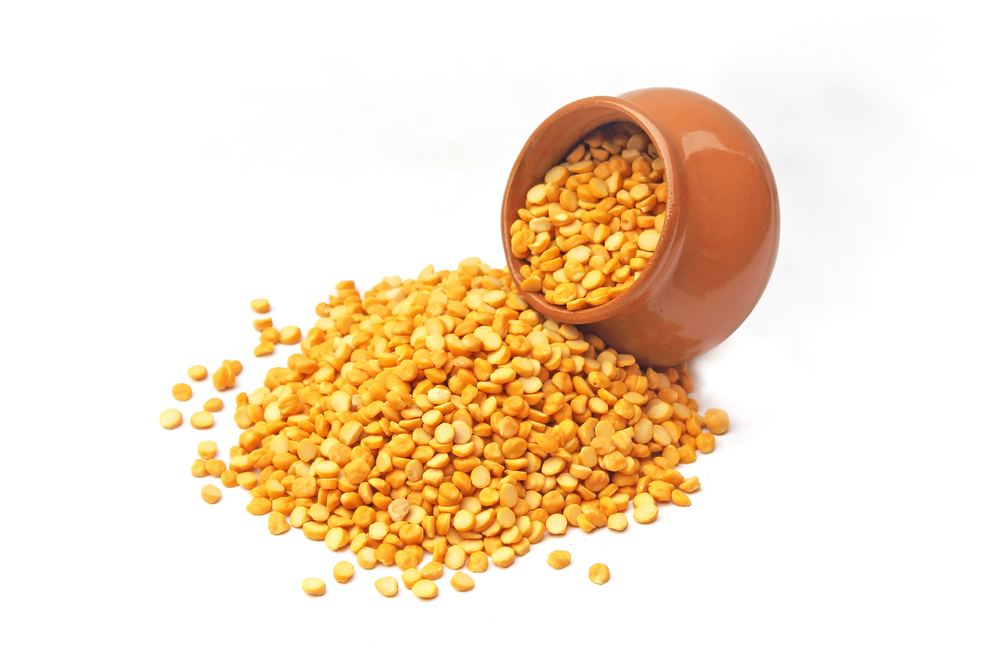 The pulse behind Chana Dal is recognized as split Bengal gram or split chickpeas. Chana dal appears as really small chickpeas and usually come deskinned. The lentil has a nutty flavor that pairs well with spice for a warm and comforting meal. While turmeric, chili, garam masala, and tomato cook in a pot with your split Bengal gram, heat a pan with oil, cumin, mustard seed, chopped garlic, and dried red chilies. Combine the two mixtures once your dal is fully cooked and your garlic is browned. Serve your Chana dal in a bowl with lemon juice and cilantro on top and enjoy.

Chana dal can also be used to make dry curries, flatbreads (Puran Poli), vegetable balls (Koftas), and vegetarian pancakes (Cheelas). Dudhi chana nu shaak is made with chana dal. And many foods are made with besan, like khandvi and pudla. In addition to a multitude of savory dishes, chana or besan are also used for sweets such as ladoo, magaj, Mohanthal, and more. Chana dal is often used as the filling for Puran Poli, a sweet lentil stuffed paratha, although other pulses can be used instead. Depending on your recipe, you can soak split Bengal gram for a few hours before cooking to speed up the process, but if you’re cooking in an instant pot, don’t even bother; these pulses will cook through fast enough. 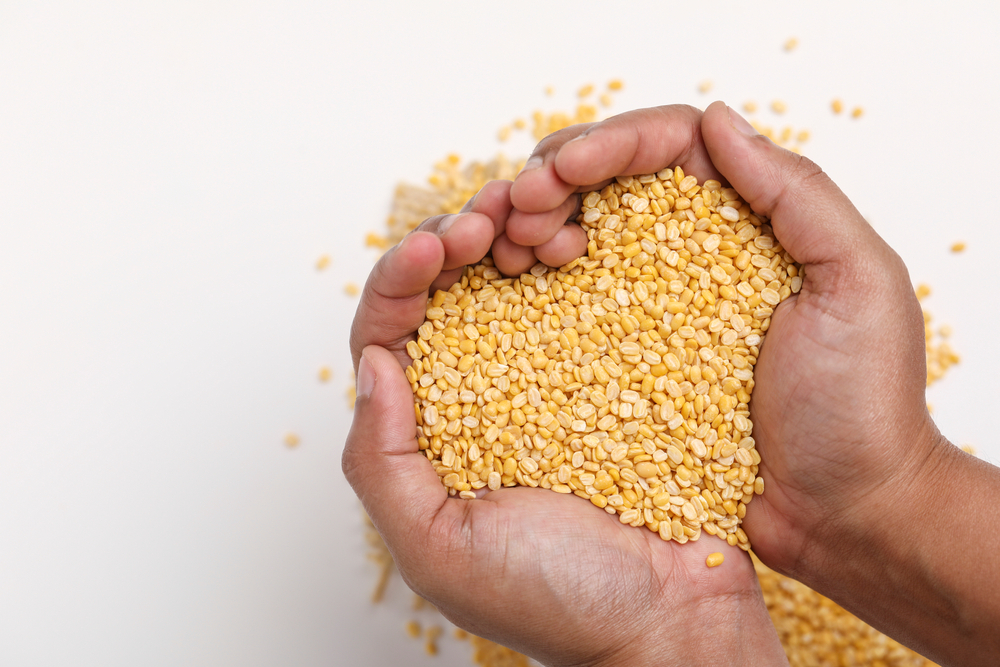 Moong dal is a tricky pulse to classify. Whole mung beans are green, but when split, they’re referred to as mung dal and resemble yellow split peas. Either way, the pulse makes for a buttery and earthy-tasting dish everyone enjoys. Mung dal (split with the skins removed) is one of the most commonly used lentils in my kitchen. Moong dal is often cooked with sesame oil, garlic, ginger, turmeric, and shallots. You can cook everything together at once or first temper your spices in hot oil in a process known as tadka. Moong dal cooks quickly and is great added to your soups, salads, or dips. Not only are they convenient, but they’re also high in protein, fiber, antioxidants, and phytonutrients! 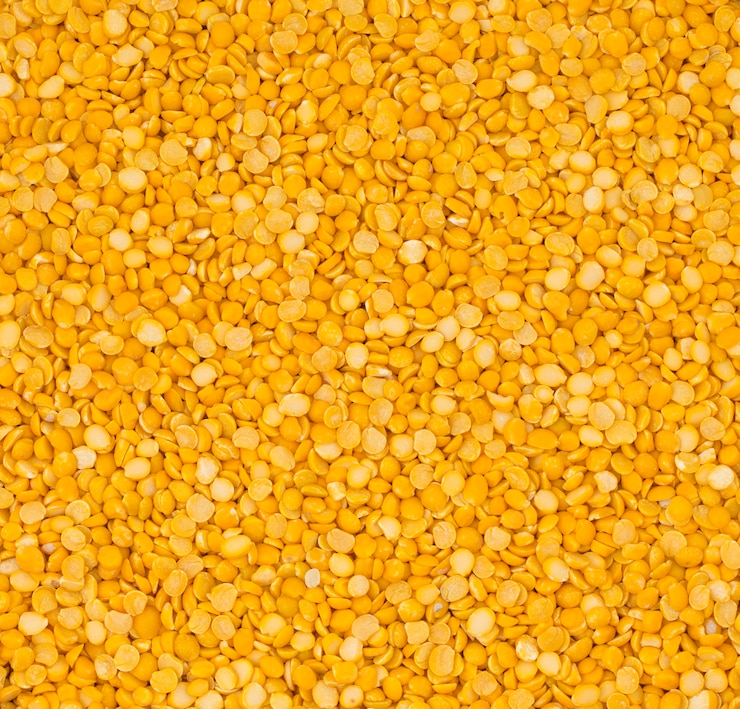 You’ll know this as toor or tuvar or arhar dal. Toor dal, also known as split yellow pigeon peas, is one of India’s most widely used dals. Like chana dal, toor dal can be cooked and served relatively quickly, making it great for every day. Toor has a delicious nutty flavor that is very distinctive. They have a coarser texture and compared to other dals like moong, they are not creamy. But dal made out of this goes well with roti and rice.

Tuvar is the most important pulse in a Gujarati household. The famous “Gujarati Dal” is made with this pea where the balance between spicy, sweet, and sour is most important. It is also used in curries and spicy hand pies (kachori, savory ghughra). You can use cumin seeds, garlic, red chili powder, and other seasonings in the tadka you prepare for your toor dal. We highly recommend adding turmeric powder to brighten up the already yellow dal and add some additional health benefits. Toor dal remains perfectly intact while cooking but can overcook very quickly, so be sure to keep an eye on them. 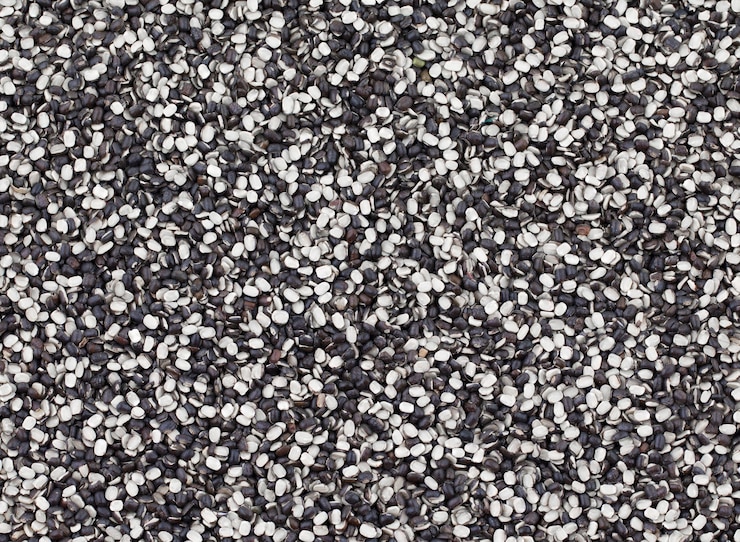 Urad (also known as black gram, black lentil, Hindi: urad, Gujarati: adad), is a little black seed with a white interior. Urad is very similar to a mung bean in size and shape but tastes entirely different. It has also been eaten in India for thousands of years and is highly-priced. When used whole, it has a distinct earthy flavor than the split and skinned variety, and an unusual mucilaginous texture when cooked. The popular dal makhani, a dark, buttery lentil dish, is made with urad. Langar ki dal is also made with black dal. Urad dal is also often mixed with rice for fermented batter recipes such as dosa, idli, Medu vada, and Dahi vada.

To prepare a thick, refreshing, and slightly spiced urad dal, you can use garlic, fresh ginger, shredded coconut, curry powder, and diced tomatoes, and top it all off with a squeeze of lemon. When not cooked in water, urad dals are widely used in India for poppadoms or a thin, crisp seasoned dough that’s fried or cooked with dry heat. Black gram is a harder lentil than others, so it will take longer to cook. In this case, soaking ahead of time or soaking overnight is recommended. 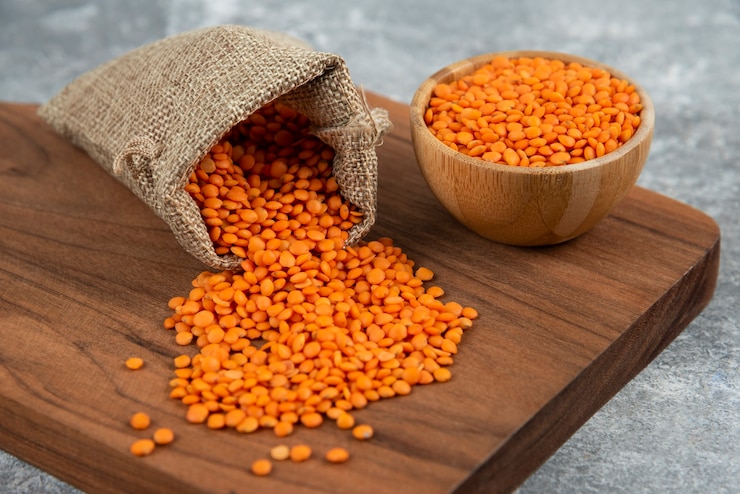 One of the most common types of lentils is Masoor Dal! Masoor, also known as red lentil, is a brown-skinned lentil that is orange on the inside. The whole or split red lentils used to make masoor dal are best known for their short cooking time and their earthy, subtly sweet flavor. Masoor dal is prepared similarly to chana dal, but the natural flavors of the pulses make their final tastes different. Masoor dal is known to be a rich source of vitamins and other nutrients like magnesium and calcium. Masoor dal cooks very, very fast. You don’t need an Instant Pot or pressure cooker. You can boil it on the stovetop and it will cook up very well, especially if using the split lentil. If you are in a hurry putting a meal together, this is the dal to make.

Cooking Tip: A trick of the trade is to salt your lentils after they’re cooked to avoid creating a tough exterior.

Since split red lentils are soft, they’re great in aromatic curries, rich soups, dips, hearty salads, and many rice dishes. Unlike most other beans, you don’t have to soak red lentils before cooking. Whole lentils typically take 15-20 minutes to cook but split red lentils only take 5-7 minutes. A good trick is to add a bit of moong and masoor dal together and make a curry for tastier results.

You can prepare your dal however you’d like; there are no rules in the kitchen. How you cook your dal depends on your preferences. Do you like a saltier or more refreshing taste, a thicker or thinner texture? Prepare your dal to your and your family's liking. When you have a warm and tasty pot of dal to serve, pair it with a bowl of rice or a flatbread for dipping. Dal is filling on its own, but if you’re not into liquid meals, you can easily enjoy it as more of a sauce than a soup. Enjoy your dal knowing that it’s an enriching meal filled with nutrients essential to your health. Make dal every week. It’s not only delicious but healthy, budget-friendly, and easy to whip together in under thirty minutes.